In this community member profile, we would like to introduce Andres Madero, Chief Technology Officer for Latin America and Caribbean at Infinera, based in Tampa, Florida, USA. He is an active ONF Ambassador and serves as the LATAM Cluster Lead for our Ambassador Program. 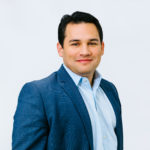 Andres has over a decade of experience working with service providers and helping them to design next-generation networks across several countries in Latin America. He possesses extensive expertise in L0-L3 technologies and network architectures, both from a vendor and a service provider standpoint. Before joining Infinera, Andres was Vice-President of Engineering and Business Development at Raisecom, overseeing the company's operations in the Americas. Prior to leading the engineering team at Raisecom, he worked at Liberty Latin America Networks across different business areas including optical transmission, network architecture, and field and operations. He serves as a co-chair for MEF.

Andres holds a Bachelor of Engineering degree from Universidad del Norte, Colombia, and a Master of Business Administration degree from University of Phoenix, USA. Just out of college with the Engineering degree in Electronics he was given an opportunity to work in Promitel (which would later become Liberty Latin America), where he developed a testing lab that brought him close to the R&D and the standardization community.

In his current role, Andres is responsible for engaging with service providers in the Latin America region, providing them with a unique perspective on industry trends while demonstrating the business value of Infinera's leading-edge portfolio of networking solutions that span long haul, subsea, data center interconnect (DCI), and metro transport applications.

After following ONF and its projects for some time, Andres joined ONF’s Ambassador Program in 2019. Andres’s main involvement with ONF has been to evangelize its work and expand its presence in the Latin America region. He formed and is now leading a team of local experts/ambassadors. The team consists of a mixed pool of talents with tremendous knowledge and respect in the industry. The team members are from Colombia, Brazil, Argentina, Mexico and other Latin American countries.

“ONF is a growing community with astonishing impact on the way next-generation open and disaggregated networks are built,” says Andres. “The work we are doing in the SD-RAN space has influenced OpenRAN architectures and it is being quickly adopted by many forward-looking companies.”

Andres is a father to two young children. His family enjoys outdoor activities and particularly helping the animal shelters/sanctuaries in their noble cause. Mentoring is perhaps one of the most enjoyable duties that Andres’s profession has given him and he often pursues ground-breaking technologies to endeavor as an apprentice.

As far as any super-powers, for the past 8 years Andres has been an apprentice magician for children. Bringing smiles to kids’ faces provides true joy to him and balances his busy professional life.

Deutsche Telekom recently announced its Access 4.0 (A4) platform began providing services to customers in Stuttgart in December 2020. This marks a major milestone in DT’s efforts building a state