In this community member profile, we would like to introduce Khenaidoo Nursimulu, a Senior Software Engineer in the Office of the CTO at Ciena, based in Ottawa, Ontario, Canada. He is an active contributor in the Open Networking Foundation’s SEBA/VOLTHA community. 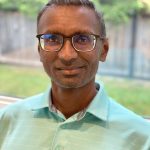 Khen joined the VOLTHA community right at the very beginning in September 2016 and has contributed in several areas of the project. The most notable one at the start was his contribution to adding a Netconf/Yang microservice to provide Netconf/Yang service to VOLTHA. After working on several PoCs (at AT&T labs) with VOLTHA 1.x, Ciena proposed the VOLTHA 2.0 HA architecture. Khen designed and built VOLTHA 2.0, especially around the Core, Adapters and the inter-container communication libraries as well as other libraries, like etcd client, kafka client, protos, etc. His team migrated the Core from Python in 1.x to Go Lang in 2.x.

Khen’s career in the telecom field started at Bell-Northern Research (BNR) in the ISDN product support group working on several telephony technologies. He subsequently moved into the software design team working on network management software for optical products. After the 2000 telecom downturn, he moved into the IVR field where he built (and also led a team) several voice-recognition and biometrics products for airline companies that are still in service today. Khen then joined the Blackberry Location Based System team. He built a team focused on improving the location APIs as well as getting location on the Blackberry devices as there were an increasing number of applications that needed fast coarse locations (e.g., weather, facebook, etc.) instead of the more precise, but slower (and sometimes unavailable) GPS positioning. His team  built an end-to-end system, based on crowd-sourced cell tower, wifi, and GPS signals that provided very good location on Blackberry handhelds within milliseconds. He was also a regular presenter at the Blackberry Developer Conferences. After Blackberry, Khen joined Ciena’s VNF team where he helped build a system to manage VNFs lifecycle (including billing) from their TOSCA definitions to their deployments on OpenStack.

Currently Khen is maintaining the VOLTHA Core and interfaces. He proposed the migration from Kafka to gRPC and built the code to do so (changes in protos, libraries, Core, adapters were required). This change will go into VOLTHA 2.9. Ciena has been a main contributor to ONF/VOLTHA and has a dedicated team of four contributing to several VOLTHA components. Khen is also a member of the VOLTHA TST team representing Ciena. And to top it off, while working on VOLTHA is exciting and challenging, Khen is now also looking at other ONF projects where he could contribute.

“My experience with ONF and its communities has been very good,” says Khen. “At first, since this was my first open-source project, I did not know what to expect. However, I felt quite at ease with this vibrant community and love the discussions of ideas and pros/cons of various implementation choices. It has been eye opening for me as it allows speedy adoption/exposure to better technologies. It’s also great to have our ideas challenged and know that together we can build something remarkable. I have learned a lot from the community and I hope I helped the community as well.”

About writing software, especially open-source, Khen had this to say: “My personal preference is to always build it right the first time. However, this is not always possible with increasingly newer/better ways to do things as well as lessons learned. Moving Voltha to a 6-month release cycle is a good thing as it allows us to build hardened solutions.”

Aside from work, Khen has two beautiful young girls who keep him busy. He loves playing golf, but with his family activities that time has been reduced by 98%, if not more. Khen is also an avid reader.

As an interesting fun fact, most folks when seeing Khen believe he is from India - when actually, he was born and raised on the gorgeous island of Mauritius and came to Canada on a university scholarship. He never saw a computer before starting his studies in computer science in Canada.

The annual 2021 P4 Workshop took place May 17 – 20, 2021, and attracted over 1300 attendees over the three days of live keynotes! The keynote sessions were recorded and are now available on-d

Introduction If you’ve been following our deployment and operationalization of the Aether Network, you know that ONF has been deploying private 5G connected edge sites across the globe in support