Mininet provides an extensible Python API for network creation and experimentations. It is released under a permissive BSD Open Source license and is actively developed and supported by community of networking and SDN enthusiasts. 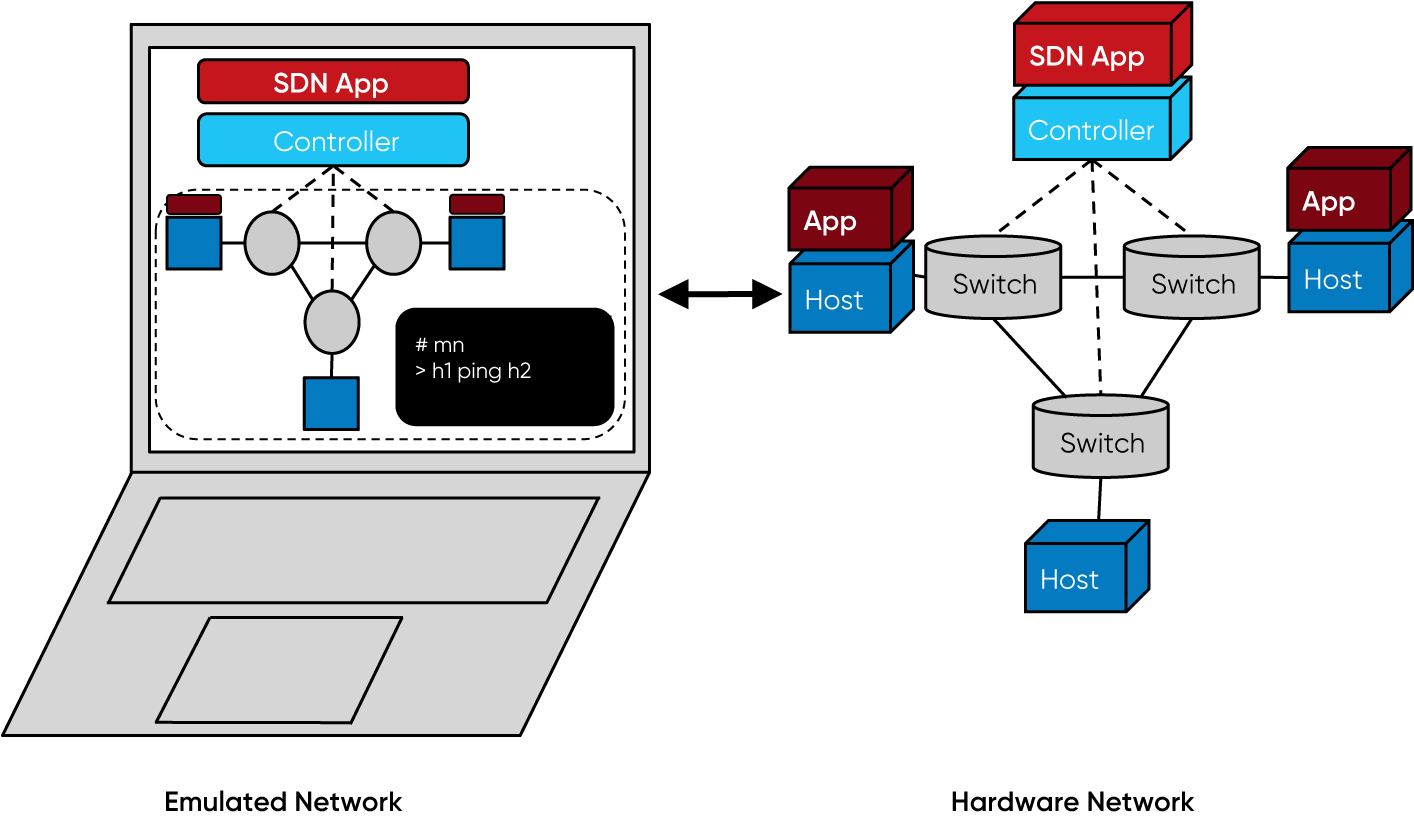 A Mininet network consists of

A group of user-level processes moved into a network namespace that provide exclusive ownership of interfaces, ports and routing tables.

Linux Traffic Control (tc) enforces the data rate of each link to shape traffic to a configured rate. Each emulated host has its own virtual Ethernet interface(s).

The default Linux Bridge or the Open vSwitch running in kernel mode is used to switch packets across interfaces. Switches and routers can run in the kernel or in the user space.