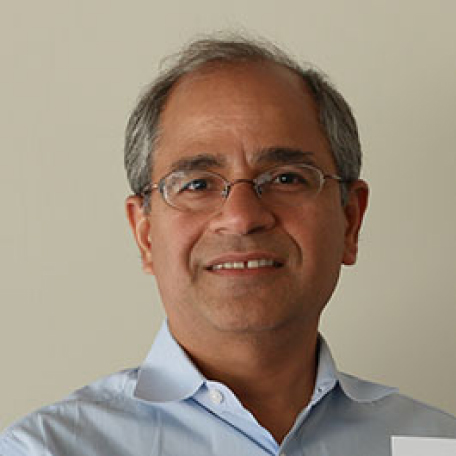 Guru Parulkar About the author

I left this year’s Mobile World Congress in Barcelona feeling overwhelmed – overwhelmed with excitement! Mobile World Congress 2017 was a tremendous success. From 5G, to smart shoes, to retro phones making a comeback, to our own demonstrations, there was plenty of things happening at this year’s event. If you’ve been keeping up with the news coming out of MWC 2017, you would know that 5G attracted the biggest buzz this year. I thought this to be rather fitting as this year’s theme was “the next element.”

During MWC, GSMA announced new estimates for 5G adoption, predicting 1.1 billion 5G connections by 2025. For this to actually come to fruition, technologies such as compute virtualization, NFV, and specifically SDN will be fundamental. It’ll be interesting to see how companies come together to make 5G happen.

Speaking of coming together, ONF, ON.Lab, as well as our partners and collaborators came together at MWC to pull off some great demos. I have much gratitude for everyone who helped deliver the amazing results. If you weren’t at MWC or didn’t have a chance to come by our booth, we showcased four different M-CORD hardware configurations, the CORD Software Stack, and M-CORD services.

ON.Lab/ONF and our contributors Argela, Cavium, Radisys, Quortus, Viavi, Xpose and others demonstrated innovations in infrastructure and mobile services. For all four of the different M-CORD hardware configurations we demoed, we used merchant silicon and white boxes. Also, they all ran the standard CORD software stack (ONOS, XOS, Openstack, and fabric/network infrastructure), using CORD 2.0 distribution:

Additionally, the M-CORD configurations included the following services, all orchestrated by XOS, which is the built-in component of CORD that implements the service control plane, thereby providing a means to express and enforce policies on a collection of services. XOS defines a concrete representation for such policies. CORD leverages XOS to support services and service composition on top of OpenStack and ONOS.

The M-CORD configurations are all implemented as standard XOS services with minor shortcuts:

Each item in the demos is an important innovation. We brought all of them into a single system, and demonstrated the following innovations in support of enabling 5G on top of M-CORD:

MWC News from the CORD Community

On day one of MWC, CORD Project announced the networking industry’s first end-to-end open reference solution for M-CORD that provides the capabilities needed to unlock 5G innovation across the open networking ecosystem.

Paul Bernier of Transforming Network Infrastructure described M-CORD in “Mobile CORD Plugs In At MWC”:
“M-CORD, meanwhile, aims to lay the foundation for 5G cellular networking and services through support for disaggregated and virtualized evolved packet core, end-to-end slicing from RAN to EPC, mobile edge computing, and programmable radio access network. Slicing will come in handy for Internet of Things applications in which the IoT device needs just a small slice of the network, Patricia Chang, senior manager of technology and architecture at Verizon, told me in a recent interview.”

While Android and virtual reality took center stage at MWC, Google also highlighted CORD and its efforts to advance the next generation of mobile networks in this blog published by Principal Engineer Ankur Jain during MWC: Partnering toward the next generation of mobile networks. Ankur discusses Google’s upcoming work with CORD Partner SK Telecom and Bharti Airtel to build a platform for operators to run their network services and introduce new features. Ankur explains: “We want to bring the benefits of this platform to as many people as possible. So, in addition to partnering with more operators for this platform, we’re also bringing our design and operational experience to CORD—a vibrant open-source project with active participation from leading mobile ecosystem partners.”

Again, big thanks to everyone who made the M-CORD demos a success, and to GSMA for putting on yet another great MWC. After this year’s event, I can only image what the rest of 2017 holds in store for the industry – and what MWC 2018 will be like.

Get involved with shaping P4’s future!

In just two weeks, enterprises, cloud and service providers will gather to share insights, highlight innovation and discuss the future of open source at The Linux Foundation’s Open Networking Sum

Get involved with shaping P4’s future!