The A-team is the ONF Ambassador Program’s 5-member body that oversees and manages the program. The team is tasked to ensure that the Ambassador Program runs smoothly and that all Ambassadors are fully supported.  The A-team is directly nominated and elected by the entire ONF community. Our 2021 A-team election results are in and we wish to congratulate and introduce to you our two new elected ONF Ambassador A-team members – Andrea Campanella and Andres Madero. 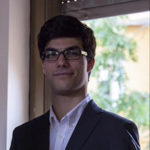 Andrea Campanella, from Milan, Italy, is employed as a Member of Technical staff (MTS) at Open Networking Foundation. Andrea obtained a Master's degree (110/110) in computer science at the Public University of Milan in December 2016 after a Bachelor's degree in Digital communication in July 2014. The master degree program and the final thesis work focused on computer networks and SDN, with specific attention to southbound protocols and paths to production. Andrea started working with ONF through an internship in October 2015. Andrea is currently part of the SEBA/VOLTHA team taking the fiber to the home open source solution in production with service providers across the globe. Andrea leads the ONF's European Cluster to foster the ONF's European community and partner relationships. Andrea has also worked on P4 solution, Trellis hardening and tools, the new µONOS platform, and leads Optical Disaggregated Transport Network (ODTN). Andrea also sits on the ONOS Technical Steering Team. In his free time Andrea enjoys photography, hiking, sailing, biking, and playing basketball. 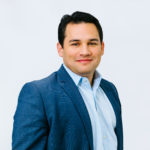 Andres Madero is the Chief Technology Officer for Latin America & Caribbean at Infinera. He is responsible for engaging with service providers in the region, providing them with a unique perspective on industry trends while demonstrating the business value of Infinera's leading-edge portfolio of networking solutions that span long haul, subsea, data center interconnect (DCI), and metro transport applications. Andres has a distinguished networking career with extensive experience and expertise in L0-L3 technologies and network architectures, from both a vendor and a service provider standpoint. He has over a decade of experience working closely with service providers helping them design next-generation networks across several countries in LATAM. Previously, Andres was Vice-President of Engineering and Business Development at Raisecom overseeing the company’s operations in the Americas. Prior to leading the engineering team at Raisecom, he worked at Liberty Latin America Networks across different business areas including optical transmission, network architecture, and field and operations. He serves as a Cochair for MEF and Ambassador for ONF in LATAM. Andres holds a Bachelor of Engineering degree from Universidad del Norte, Colombia and a Master of Business Administration degree from University of Phoenix, US. We recently featured Andres in our Community Member Profile series, please check it out here.

We wish to thank our two retiring A-team members for their service over the past years – Aris Cahyadi Risdianto and JianHao Chen! And our thank-you also goes out to the other candidates who agreed to run to become A-team members - Bui Banh, Dongkyun Kim, and Virgilio Fiorese.

As of April 1, 2021, the new A-team will consist of the following five members:

Learn more about ONF’s Ambassador Program and current team of ambassadors around the world who are knowledgeable and passionate about ONF and its mission.

In this community member profile, we would like to feature the team from ADTRAN – R&D Engineers Holger Hildebrandt, Michael Pagenkopf, and Torsten Thieme. They work in Berlin, Germany, an